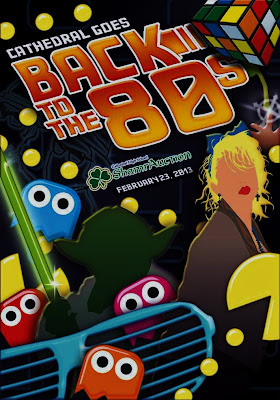 We were asked to help out again with this school’s fundraiser and the theme this year was 80’s!!
Anne Marie Dezelan of Annie-O’s was the creative mind behind this entire concept and you will see why she is fabulous at what she does.  She has a way of getting you completely immersed and excited about the project.  In fact, at our first design meeting she came strutting in blaring Carma Chameleon on her iPhone  instantly getting everyone hyped up about the party.
Her first idea was to pay tribute to Ronald Reagan and his role in tearing down the Berlin Wall.
Here, we created a faux Berlin Wall on each side of the hallway.  The black, red and gold draping created a German Flag feel. 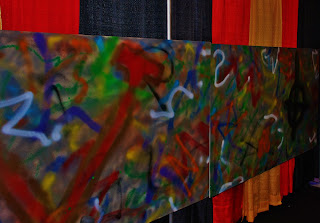 Anne Marie thinks of the whole visceral experience when planning a party. So what you see, hear, smell and feel are very much a part of her consideration when brainstorming ideas.  So, for the Berlin Wall walk, she had “When the Walls Come Tumbling Down” by John Mellencamp playing. 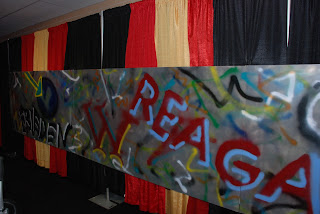 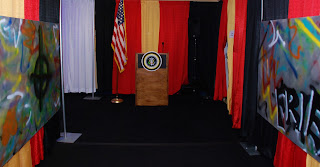 At the end of the hallway was a student dressed as Ronald Reagan. 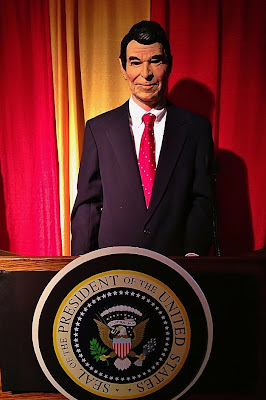 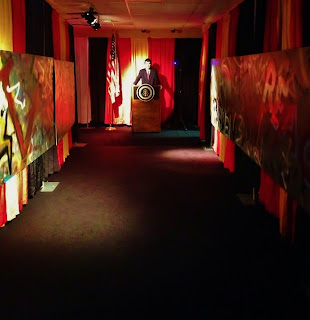 Anne Marie worked with many of the schools students to help create a “live art experience”.  This year she chose several students to dress and act as iconic 80’s music artists.  Some artists include: Cyndi Lauper, Prince, Devo, Madonna, Billy Idol, Michael Jackson
and a special section for Whitney Houston and Beastie Boy Adam Yauch. 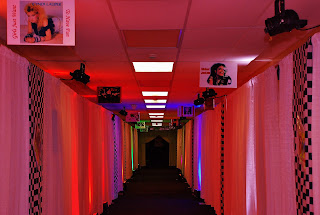 As patrons walked down the hallway they heard each of these artists popular songs as well as saw the students dressed to a “t” and acting the part. 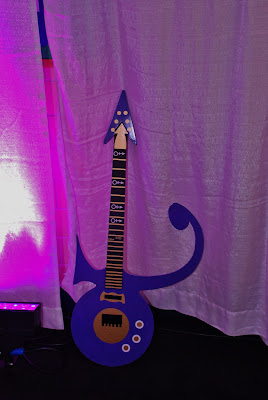 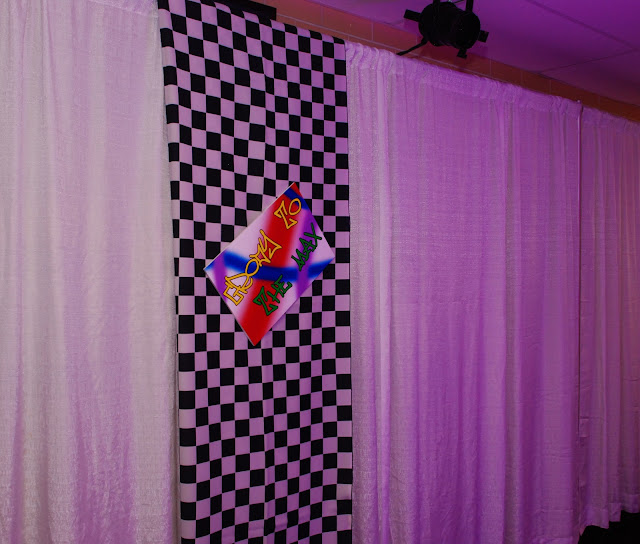 As guests exit the 80’s artists hallway they stumble upon a scene where 3 kids are plopped on bean bags playing old school video games on a vintage TV.  Cool Ranch Doritos, Teen Beat Magazines, movie posters, a phone (with an extra long cord) and a boom box were some of the details that brought back fond memories of the era. 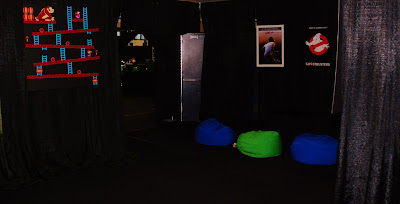 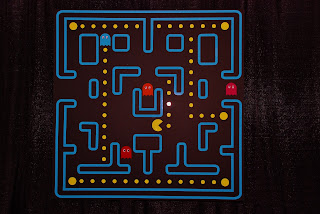 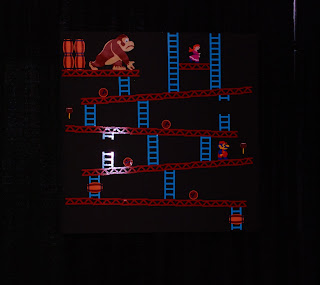 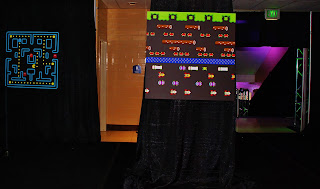 As guests walked down the stairs to go into the main room, choir students lined the stairway and sang “Living on a Prayer” by Bon Jovi.
Here’s a little detail from the Ladies Room.  Over sized Aqua Net Hairspray Cans. 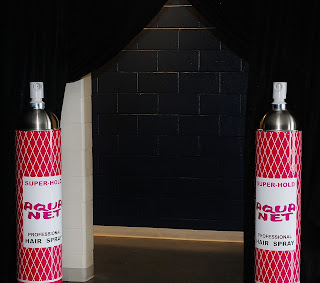 Here’s a pic of the main room.  This is where the guests spent the majority of the evening.  There was a live auction, bar, served dinner and a special midnight breakfast buffet. 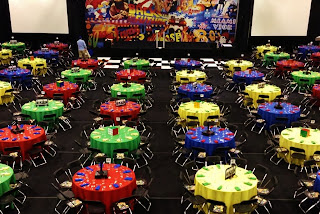 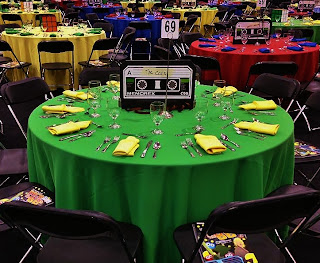 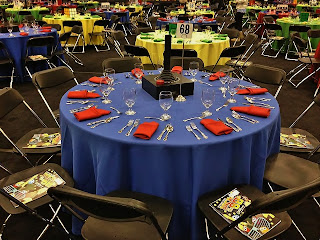 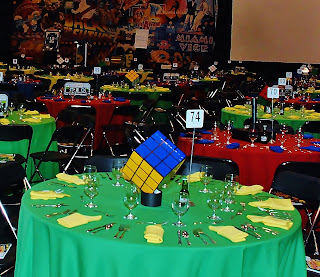 Check out this AWESOME backdrop!!﻿ 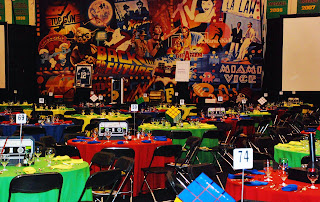 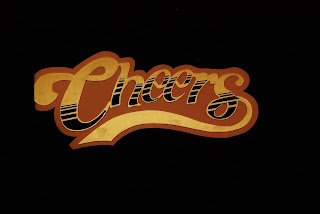 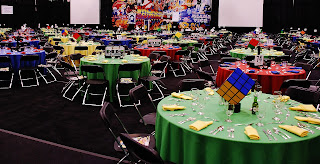 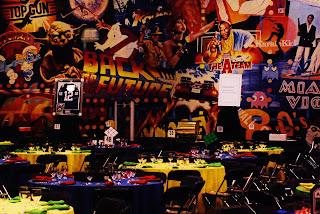 As guests left, they were treated to a throw back candy buffet with Nerds, Jolly Ranchers, Starbursts, Blow pops, Gobstoppers, Milk Duds, Sour Patch Kids, Laffy Taffy and many more. 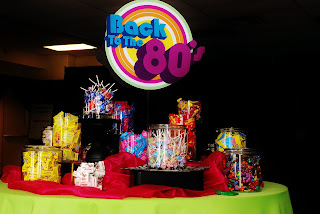