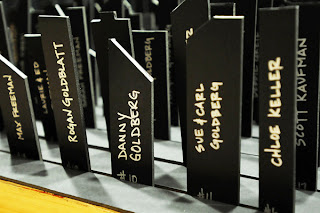 We cut the placecards in various building silhouettes so that when they were placed in alphabetical order, it would look like a city skyline. 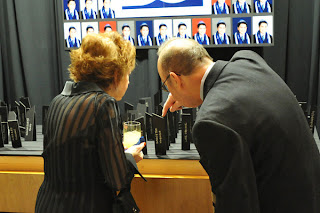 The colors of the room were a modern scheme royal blue, black and silver. 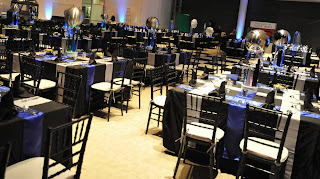 The adult centerpieces were glass cylinders with the Bar Mitzvah boys favorite skyscrapers around the glass and topped with a stainless steel globe.  They were under lit with LED lighting. 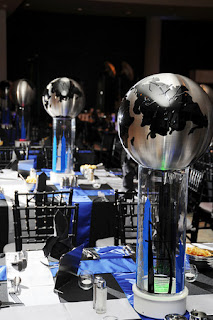 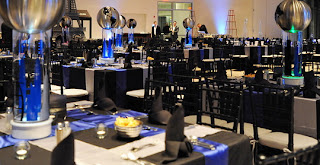 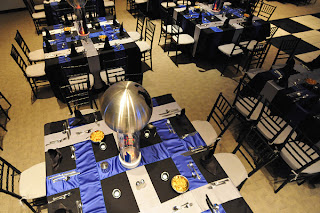 We used 6 chair sashes to create a criss-cross table topper on each table. 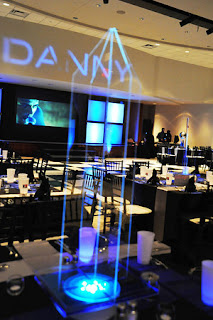 The kids centerpieces were laser cut Plexiglas buildings with a blue water base and up lit again with LED lighting. 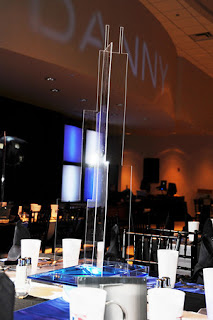 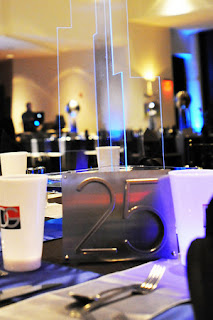 We made these table numbers with super sleek house numbers right from the home improvement store. 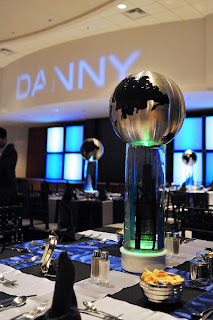 Evans Audio Visual created the DANNY gobo light.
The food buffets were a delicious sampling from around the world. 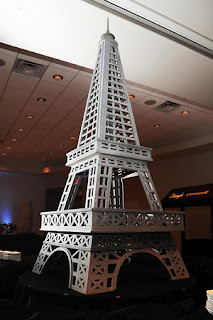 The Eiffel Tower had an elaborate fruit, cheese and bread display and was switched out later in the evening to a fabulous french pastry/dessert display 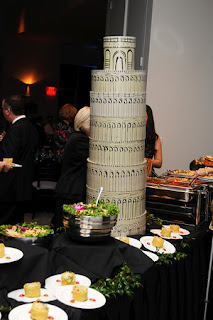 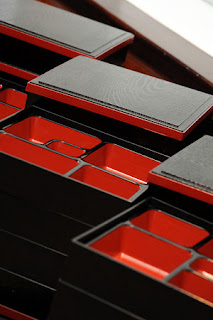 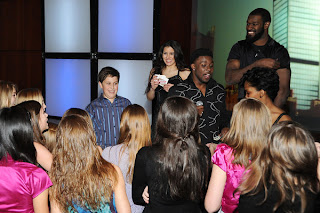 The DJ and Dancers kept the party lively all night long 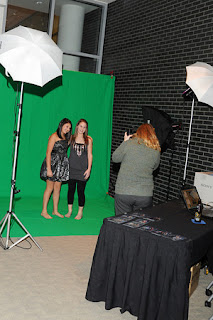 There was also a digital green screen photo area.  The background was Times Square 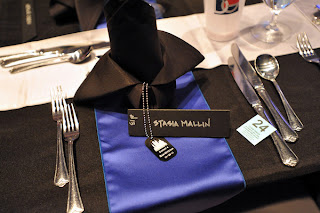 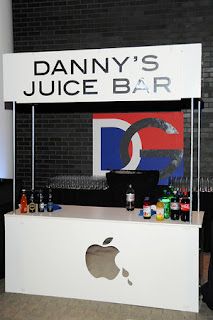 The Bar Mitzvah boy also loves all things Apple.  So we created a Juice Bar for the kids. 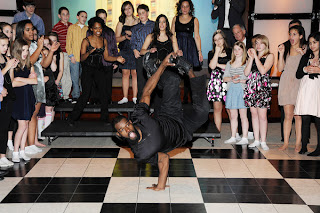 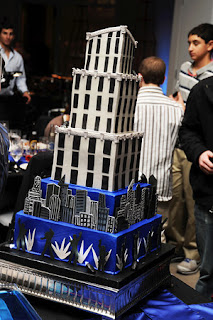 Classic Cakes created this AMAZING cake.  It was even more spectacular in person 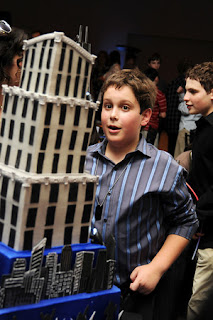 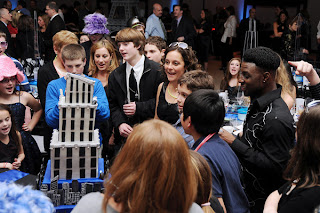 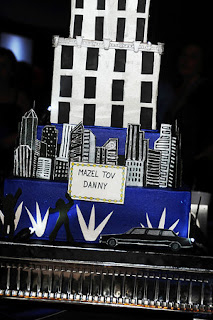 Bags of colorful gum balls were given to each guest as they left for the evening. 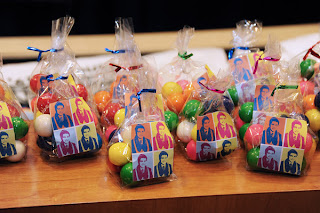 All of the beautiful photos were taken by the talented Sue Huffer of www.suehufferphotography.comSue Huffer Photography